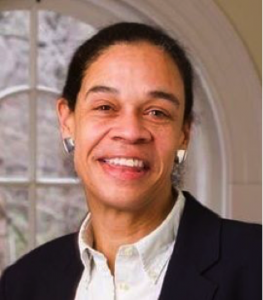 Gail Leftwich Kitch, a lapsed lawyer with a degree from the University of Chicago was most recently, until retiring the end of 2017, a nonprofit administrator in Washington, DC, where she served as Executive Vice President, Communications and Finance, at The Voter Participation Center, a nonpartisan nonprofit voting rights organization.  She was previously Executive Director of By the People, an initiative founded by MacNeil/Lehrer Productions that utilized public television to encourage and support informed non-contentious citizen dialogue around policy issues. Prior to assuming that position, Mrs. Kitch was President of the Federation of State Humanities Councils, the national membership organization of the state affiliates of the National Endowment for the Humanities.

Among other activities, she currently serves on the board of the National Conference on Citizenship in Washington, DC.  She and her husband Edmund W. Kitch, a professor at the Law School at University of Virginia, live in the Charlottesville area, where she consults on civic engagement projects and is a member of the boards of the Charlottesville Opera and the Ednam Community Association.