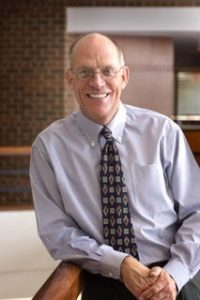 Sterling Speirn was appointed Senior Fellow for NCOC on July 1, 2019. Previously he served as Chief Executive Officer in 2018 and 2019.  He is the past President and CEO of the Peninsula Community Foundation now the Silicon Valley Community Foundation (PCF, 1992-2005) and formerly the President & CEO of the W.K. Kellogg Foundation from 2006 to 2013 and the Stupski Foundation (2015).  Before his career in community, private and family foundations, Mr. Speirn got started in corporate philanthropy leading the Community Grants program at Apple Computer (1986-1990).

From these philanthropic platforms, Sterling has been a long-time investor in efforts to promote civic and community engagement as well as service and volunteering.  He has championed support for local and national dialogues in partnership with organizations such as America Speaks, the National Center for Deliberative Democracy, Public Agenda, the Harwood Institute, Everyday Democracy, and many others.  In reflecting on the challenges and seemingly intractable problems our country faces early in the 21st century, he has written “our common problems will only become tractable when we turn our powers of innovation and re-invention to the public-problem solving process itself.  Indeed, our country’s democratic practices have undergone dramatic and remarkable change throughout our history in order to keep our system ‘by the people’ a living reality and not a mere slogan.  In the face of growing national and global concerns, it is of the utmost importance that we in the United States continue this tradition of innovation in the practice of our Democracy if we are to secure our common future and to restore the vitality of a free democratic society that our revolution proclaimed and our Constitution established.”

At PCF he founded the Center for Venture Philanthropy, created the Peninsula Partnership for Children, Youth and Families, and launched the Raising a Reader take-home book program which today operates in 34 states at 2,700 sites serving more than 125,000 children annually. Also during this time, Speirn taught a seminar on philanthropy at the Stanford Graduate School of Business, and PCF’s innovations in donor services were profiled in a Harvard Business School Case Study.

At WKKF he helped launch America Healing, a five-year, $75 million initiative to support programs that promote racial equity and address structural racism.  He was a champion for early childhood education, and worked to expand and integrate the pioneering legacy of food systems work that built the food movement in the United States.  He promoted civic and community engagement in alignment with place-based philanthropy, and help create a $100 million Mission Driven Investment Fund that built a remarkable portfolio of private double bottom line investments in alignment with the foundations programmatic and place-based focus areas.

For several years he served as co-chairman of the national D5 coalition on Diversity in Philanthropy. He currently serves on the Board of Directors of the Greater Washington Community Foundation and the DC Promise Neighborhood Initiative and is a member of the Racial Equity Working Group of the Washington Regional Association of Grantmakers.

Speirn began his career as a 7th and 8th grade English Teacher in Cleveland, Ohio.  He also has worked for the U.S. Department of the Interior in Washington, D.C.; practiced law in North Carolina; and managed a large community health center in Arcata, California.  He earned his bachelor’s degree in political science from Stanford University and holds a law degree from the University of Michigan. He is married and has two sons.